//Is research supporting your development process?

The Federal Government Should Talk To The Mouse

Earlier this year we blogged about Disney’s plans to introduce the MyMagic+ system and two weeks ago I had the chance to give it a whirl. As a market researcher, I was especially interested in the positioning, the execution and the follow up related to this element of our trip. And, as our trip coincided with the very painful rollout of the national health exchange website, I was struck by aspects of Disney’s rollout procedures that could have benefited the Obama administration. Regardless of your political views, it’s safe to say that the rollout of healthcare.gov could have gone better (one of my favorite discussions of this can be found here). 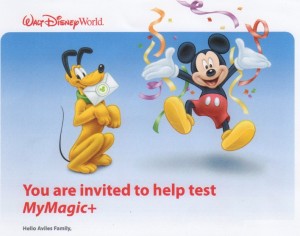 First and foremost, Disney clearly positioned our experience with the MyMagic+ system as a TEST. They communicated the facts that our role was a) voluntary and b) designed to identify areas for improvement. That critical step set our expectations for understandable bumps along the way. They also made sure to point out what we’d get for our participation: the convenience of all of our information contained on the magic band, the ability to make FastPass+ selections even before we left home and, the bands themselves–which we were invited to color customize. The bands arrived well in advance of our trip, beautifully packaged (Disney borrowed from Apple’s playbook here) and labeled with each of our names on the colors we’d selected via the My Disney Experience area of their website. They came one-size-fits-all, but could be easily shortened to accomodate my children’s smaller wrists.

The experience was not without glitches. There were some bumps in the upfront use of the system when we had to switch some plans in anticipation of rain in the forecast. The online system wouldn’t refresh to confirm my changed selections. But, upon calling Disney’s helpline, I was assured that the problems could be resolved in person at the Guest Services areas at the parks. At the Magic Kingdom, on the first day, we learned that my profile had been associated with my husband’s band and his with mine. However, during the rides we split up for, most of the Cast Members allowed us to ride anyway, suggesting that this problem was not uncommon. The one time we ran into resistance we were guided to a FastPass+ kiosk (there were many and they were well marked) and they attempted to remedy the problem there. That was probably the most inconvenient aspect of the experience because we had to wait in line and the Cast Member could not resolve the issue. She allowed an override of the system, though, so we were able to ride anyway.

The next day, at Epcot, a Cast Member with a handheld (there was a virtual army of these) at the park entrance fixed our profile mix up in a matter of seconds. These staffers were specifically in place to keep the highest volume traffic moving as quickly as possible. Later, at the Animal Kingdom, we attempted–and were allowed–to make an on-the-fly FastPass+ selection for Expedition Everest prompting my husband and son to give up their spot in the 35-minute stand-by line and head to the FastPass+ line only to discover that the reservation in the system read two hours later (which did not match the confirmation on the My Disney Experience app). So, they had to return to the back of stand-by line again. If this had been the live version of the MyMagic+ system, I would have been really steamed by that. But, we ended up keeping the later reservations so they got to ride three times in a row and everyone was happy.

The online My Disney Experience website is a critical component of the MyMagic+ system, and again, though it was certainly NOT a flawless online experience, I was far more patient and willing to give them the benefit of the doubt than I would have been had this not been a test. For example, the site was slow at times, signed me out unexpectedly and lost some of my changes. And, the app wouldn’t display the park maps on several occasions while we were onsite. But, in addition to their focus on execution, there was a VERY heavy Disney research presence on hand at all four of the parks, clad in yellow branded polos and equipped with tablets. We were screened out for at least two surveys (Android phone users and families travelling with children under three), but we were asked to participate (and did) in a follow-up survey on Epcot. This research presence reinforced my impression that Disney was actively engaged and invested in real time improvements; that they cared about our personal experiences.

Finally, Disney is taking a phased approach to this rollout. I’d read that they’d hoped to be completely rolled out by now, so clearly they’ve encountered some unexpected slow downs, but that’s the whole point to a phased rollout. As any good product manager knows, the alpha test informs the beta test, and so on, with each subsequent iteration making significant improvements on its predecessors such that, in theory, the live rollout goes relatively seamlessly, delivering an experience that matches customer expectations. Research is an absolutely critical partner to product development in this process. Not only does capturing customer feedback aid in ongoing development and customer experience, it also implicitly communicates that you care what your customers actually experienced and that you are committed to continuous improvement for their benefit.

In all, I am extremely impressed with the MyMagic+ system. (My only remaining concern is how to properly dispose of the bands after our trip as they contain valuable personal data. Maybe Disney should offer to recycle them before you leave the park/the resort/the Magic Express.) I can honestly say that the new system enhanced my family’s overall Disney trip and should offer a more spontaneous experience at the parks by allowing for advance FastPass+ reservations, especially on those super high volume rides that necessitate the earliest possible park arrivals for those not willing to tolerate enormous wait times. Perhaps the beleaguered healthcare.gov staff should study Disney’s efforts here, after all it’s never too late to introduce customer feedback and rigorous testing into your development cycle.